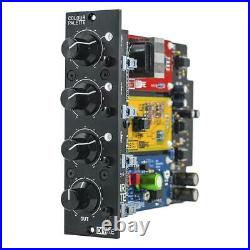 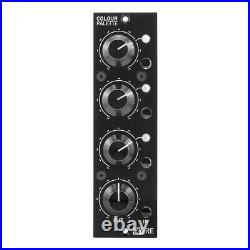 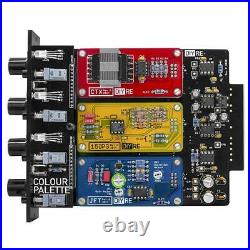 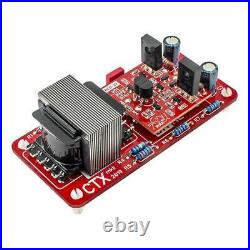 The Primary Colours Bundle emulates the classic sounds of tape, transformers and transistors in a single 500-series mono MKII unit using authentic analog circuitry. Compare a typical recording studio signal chain to a project studio: in the studio a mic would be run into a console channel strip with its dozens of transformers and transistors, then perhaps to a compressor, then to a tape machine. Every one of the hundreds of analog components the signal passed through would impart some sort of character to the tone. Low frequency phase shifts created by the transformers and tape system deliver ear pleasing bass tones. In most project studios a mic is plugged right into a digital interface, typically delivering a transparent sound lacking tonal color and sonic character. This explains why it's difficult to make records with lots of warmth and character in a project studio. We need to run our signals through colorful analog components.

The Primary Colours Bundle brings three stages of real analog tone to your studio using authentic analog components. The mix knob associated with each stage allows you to dial in the amount of Colour you want for that stage. Mixing different amounts of each stage can create some amazing results! The following Colour modules are included. Transformers and discrete opamps (DOAs) are the core building blocks of the American console sound.

The punchy, present sound of those classic 70's consoles derives from the unique character of the DOA and transformer and the complex ways they interact with each other. Countless plugins have tried to imitate this sound, but why imitate when you can have the real thing? The CTX combines the RED-25 DOA with a Cinemag transformer and then cranks the gain to pack the sound of a channel strip into a single Colour. At moderate operating levels, the module's effect is vanishingly subtle, but makes everything sound more "finished" when stacked over numerous tracks in a mix. As levels increase the transistors of the DOA and core of the transformer saturate, thickening the signal with low-frequency harmonics and natural compression.

This discrete op-amp was modeled after the API 2520 DOA used on many of their recording studio consoles. 15IPS Tape Saturation Colour: 15IPS is a filtering and saturation Colour inspired by the natural compression and frequency-response characteristics of high-quality analog tape. 15IPS provides focus and heft to the low end with the resonant bass "bump" for which tape is known.

At moderate levels, NOS Germanium diodes begin to gently round off transients and generate subtle, warming harmonics. When pushed hard, the circuit will impart copious amounts of musical distortion. JFT Class-A Transistor Colour: Part of the magic of vintage solid-state gear is that, because transistors were expensive, they used as few as possible, each one had to work harder. When transistors are pushed to their limits, they begin to distort in beautiful ways.

The JFT Colour is designed by this philosophy: choose great-sounding transistors and then make them work very hard. The JFT employs two class-A saturation stages to create a complex, layered character. In the first stage, a NOS JFET generates asymmetrical distortion, clipping the bottom of the waveform but not the top.

This type of saturation, which is associated with triode tubes, thickens and warms up the signal while maintaining its integrity. In the second stage, five transistors form a primitive discrete op-amp which operates just on the verge of instability. This stage applies a subtle layer of harmonics which give the Colour a "finished" sound.

Fully Assembled & Tested: Hand assembled with care and passion by the Big Noise staff, in the united states. Approx 12 hour build time. The 70's Character Colour Kit Bundle is crafted with quality components, we test and characterized each unit after assembly. A 500-Series lunch-box or rack-mount chassis with power supply are required to operate this unit. Fully Assembled Primary Colours Bundle. Fully Compatible with 500-Series Format. 21 Step Controls for Recall & Stereo Operation. Black Anodized Aluminum Knobs and Front Panel. Electronically Balanced Inputs & Outputs. Three Colour Sockets Including 3 Colour Modules. This item is in the category "Musical Instruments & Gear\Pro Audio Equipment\Preamps & Channel Strips". The seller is "bnradiosquad" and is located in this country: US.