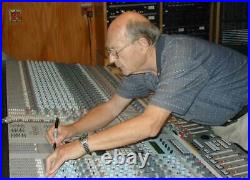 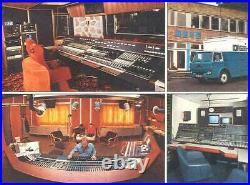 Simple and elegant, the 5211 is the natural evolution of what is arguably the most famous gear in audio recording history: Rupert Neve's microphone preamps. With two channels of the classic tone you know and love, 72dB of gain, sweepable high-pass filters for precise control, and the power of Mr. Rupert Neve's dual-tap transformers with variable Silk saturation, the 5211 delivers a versatile, flattering, and uncompromising front end for any signal path.

In short, it's everything a mic preamp should be. The very first product from Rupert Neve Designs was the beloved 5012 Duo Mic Preamp, and the 5211 represents a dramatic evolution of the 5012's features, circuit design and form factor, all brought together with the custom output transformer from the flagship Shelford Channel. First amongst the updates is the addition of variable Silk, which saturates the class-A output stage in the way that only a Rupert Neve Design can. This dials the harmonic content up to and beyond that of Rupert's classic designs, while still providing the option of a pristine, open & modern sound when disengaged. The amplifier circuity has also been refined and updated with higher voltage +/-21V rails for improved signal-to-noise ratio, superb headroom and tremendous dynamic range - a hallmark of Rupert's evolved designs over the last several decades.

Complementing the Silk circuit is the custom-designed output transformer from the renowned Shelford Channel, which uses Rupert Neve Designs' dual-tap output topology. This offers both full-headroom (+26dBu) and -6dB outputs, allowing the engineer to drive the unit fully into classic transformer saturation without clipping converters and other devices later in the chain. The 19 1U chassis provides the space required for a robust internal auto-switching power supply, which provides ample, stable power anywhere in the world. Finally, the faceplate has been powder-coated in the distinctive "Shelford" color for an unmistakably classic look. The "Best of Both Worlds" Design. Unlike the Shelford Channel, which uses a mic input transformer for a more vintage topology, the 5211's input is fully transformerless, maximizing signal clarity direct from the microphone. Combined with the more extreme saturation from both variable Silk and the custom output transformer's lower-headroom tap, the 5211 is capable of producing tones ranging from thick & warm to breathtakingly delicate & clear. It's the best of old and new alike. The microphone input is balanced but not floating, using a Transformer-Like-Amplifier T. Configuration to capture the microphone's signal in as pure a manner as possible. With the +48V phantom voltage switched off, this input serves as an extremely high quality line input with an impedance of 10K Ohms. Each channel features 72dB of extraordinarily low-distortion, low-noise gain using a stepped switch in 6dB increments with a continuously variable +/-6dB trim. Individually selectable polarity, +48V phantom power, and a swept high-pass filter from 20-250Hz are available to further control the input, with Silk control available for the outputs.

In brief, Silk is a tonal option applied within the unit's output stage that manipulates the signal's harmonic content to create the sonic character associated with Rupert Neve's vintage modules. A 12-way precision rotary switch controls gain from 0 to 66 dB in 6 dB steps. Continuously variable +/-6 dB level control. Red Silk accentuates the saturation in the mid and high frequencies, similar to that of the red silk mode on the Shelford Channel.

By manipulating the Texture control, the amount of Silk can be changed from essentially absent, to roughly 10 times the amount of coloration / distortion found in Silk from the original Portico Series. With Silk / Texture engaged, the distortion characteristic and harmonic content of the unit are very reminiscent of many of Rupert's vintage class-A designs. An eight-segment LED bar-graph meter displays output level (pre-Silk).

From -30 dBu to +22 dBu. Reverses the polarity of the input signal. Continuously variable from 20Hz to 250 Hz, and engaged with the HPF button. Provides 48V phantom power to microphones. A secondary split off the output transformer with a lower headroom, designed to allow engineers to fully drive the output of the 5211 without clipping converters and other devices.

This item is in the category "Musical Instruments & Gear\Pro Audio Equipment\Preamps & Channel Strips". The seller is "avl-america" and is located in this country: US.

This item can be shipped worldwide.