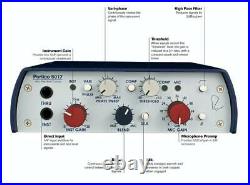 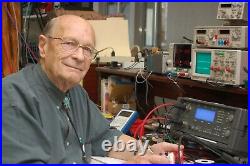 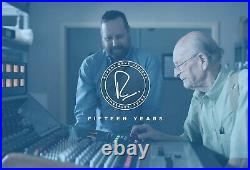 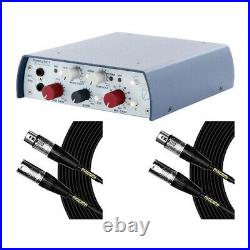 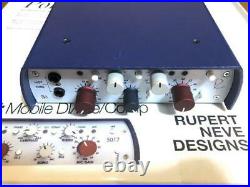 It's the 5017's revolutionary feature set however that make it an indispensable tool for studio recording, live recording and stage performances. Used as a two channel device, a lead singer and guitar player, can take the classic studio quality of the 5017 wherever they go; using the DPC for a Vocal mic pre and compressor, as well as a separate DI preamplifier. To achieve this, the blend control should be selected as fully DI (blend off), and an internal jumper can be selected to apply the compressor to the mic pre signal. When engaged, Silk mode would effect both vocal and guitar tracks, and the HPF control would effect only the mic path.

Used as a single channel device for instruments, the 5017 can be used to phase align, combine and compress direct and amplified signals. To achieve this, use the DI for the instrument's direct signal and the mic preamp for the speaker cabinet signal. The blend control is used for mixing direct and amplified signals to achieve the desired tonal blend between the two sources, and the variphase is used to minimize or extenuate phase cancellations between the two signals. To compress the blended signal, the internal compressor jumper must be set to the blend path (this is the default setting). This technique could also be used to create a single, mixed output of a guitar and vocals.

In addition to the standard polarity reverse, the 5017 also incorporates a vari-phase control to adjust the phase incrementally. This control is useful any time two signals derived from the same source are combined. For instance, even with careful placement, the combination of close miced drums and overheads, can often yield hollow sounding results.

By using the variable phase adjust, the direct signal can be phase rotated until the signals are naturally aligned. This technique is also extremely useful when combined with the internal blend control on instruments. A bassist, using both direct and miced signals can blend the two into a single output, using the vari-phase to reach an optimal alignment.

By adjusting the phase in the 5017, the musician or engineer can find the absolute best mic position without regard to the phase relation to the direct signal. With the 5017, the Portico sound is always within reach.

With two transformer coupled outputs, the 5017 has separate line outputs for the DI/Blend and Mic signals when the blend control is set to fully DI. The mic output is always independent. Much could be written about this feature, suffice to say, that it gives a subtle option to enhance sound quality in the direction of vintage modules. We suggest you try it and make your own judgment. Mic gain is from 0dB to 66dB. Overall gain to restore the apparent program level. DI Gain is from 0dB to 30dB. Balanced or unbalanced Hi-Z input for instruments. The high pass filter is a valuable aid in any signal chain but particularly so in a microphone preamplifier. Provides 48v phantom power to microphones. Controlled by a switch on the back of the unit. Reverses the polarity of the mic input. When signals exceed the "threshold" level, the gain is reduced at a controlled 2:1 ratio, with attack and release time constants set to standard or fast depending on the internal jumper setting.

With gain at unity better than -100 dBu With gain at 66 dB better than -62 dBu Equivalent Input Noise better than -128 dBu Noise Factor 1.5dB. Maximum output from 20 Hz to 40 kHz is +23 dBu. Total Harmonic Distortion and Noise. +48 Volts DC +/- 1%. The Portico 5017 was a Swiss army knife of audio solutions, making both acoustic and electric guitars sound better. The Compressor and Silk controls were icing on the cake; the Blend feature is perfect for guitarists who know the magic of microphones. A back-mounted button for 48-volt phantom power (for use with condenser mics) is more evidence of the 5017's handiness. 5017: Mobile Mic Pre / DI / Comp. The Portico 5017 is the most versatile and portable piece of gear I have, not to mention it sounds amazing in addition to the practicality. Even better is it doesn't hurt the wallet. Adrian Quesada (Groupo Fantasma, Brown Out). This thing sounds really good!

It saved my ass a bunch of times on a recent European tour. For novices seeking their first quality piece, I recommend this little, humble utilitarian over a rack full of brittle mic pres and mushy compressors.. For high-fidelity loving, traveling musician/self-recordists, the 5017 is a must have.

Having the convenience of the Blend, Silk, compression, and phase adjustment all in one neatly integrated box can be a huge problem solver. This item is in the category "Musical Instruments & Gear\Pro Audio Equipment\Preamps & Channel Strips". The seller is "avl-america" and is located in this country: US. This item can be shipped worldwide.